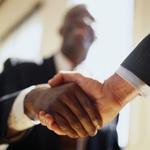 Just the other day, I was talking to one of my online associates.

She praised me saying that she was tickled pink that I was finally producing at the level she knew I was capable.

Then she said that she was actually surprised at my level of productivity, and she asked me how I pulled it off.

To be honest, even I am amazed at how much I have been able to do this year.

In July, I passed my 2014 gross earnings, so I am on the road to a record setting profitable year. The only down side on that is tax time. The IRS is going to love me deeply this year.

So far in 2015, I have so far released twelve products and eight Kindle books.Three weeks ago, I had plans for five more product launches before the end of the year. Now, I am looking at nearly a dozen more this year.

There are actually three components that have contributed to this year's astonishing numbers:

1. I transitioned from trying to do all of the case studies myself, and focused instead on case studies where I could demonstrate the progress of other people.
2. I worked with more ghost writers.
3. I set up more Joint Venture deals.

Let me break this down further for you, so you can see where the magic has been found.

Because I teach how-to, I have always felt it was important to show my customers the results achieved by implementing a specific process.

I had been advising a few close associates on a particular strategy that I really did not have time to implement myself.

I advised my associates to follow the strategy I had outlined to them, and they saw some real success following my advice.

People who had heard about the success of the first few people started begging me to outline the process to them too.

It was in that moment that I realized that I just needed to write up the information in a guide format, so I could spend less time answering the multitude of questions people had for me. :)

I realized that it no longer mattered that I hadn't implemented it myself, because my students had already demonstrated the proof of concept that I could share with my buyers.

It really isn't that important whether I have used a technique. What is important is that I could show my buyers someone who had demonstrated the effectiveness of my training.

When I realized that I didn't have to case study everything myself, that opened me up to being able to focus on what to do, rather than proving that I had done it.

The first thing I have to do to be successful with ghost writers is to find a writer whose style I like, and I also have to find someone who can see my vision and convert it into a story I can develop.

I always start with an idea, and I give my idea to the ghost writer.

The ghost writer turns that idea into the skeleton of a product I can use.

During the editing process, I take the basic product, add to it, delete from it, rearrange it, then set it up in its final format.

When I am done with this part of the process, I can start setting up the sales and delivery for that product.

My primary ghost writer has delivered nearly 20 skeleton reports to me so far this year. Eight of those have made it to finished product and available for sale now.

Here is the true magic behind my story.

In a joint venture, I share the development process with other people. And I share the profits with that person also.

I focus on what I do best, and I bring other people into the process to cover those things that I don't do as well.

This requires me to excel in one area above all others -- networking.

1. Know people and have a good relationship with them.
2. Understand the strengths and weaknesses of the people I know.
3. Be able to share my vision with that person.
4. Convince others to join my party.

The beauty about the JV is that people get really excited about my projects, because they will be an equal partner in the profits.

And people who are excited about a project are more inclined to bring their very best to the table.

I have nine different people with whom I will be doing joint ventures before the end of the year.

Four of my JV products are launching in the next three weeks.

One of those products was developed in April. Two are nearly completed. And one more will be done this week.

The thing I really like about the joint venture approach is that I no longer have to worry about those things that I don't know the answer. As long as my partner knows the answer, I am ready to deliver my part of the product with absolute confidence.

I have never had to struggle to get people to say yes to my joint venture offers, because the people that I work with know me well and trust me implicitly.

One of those people told me that if I see profit potential, then that is all she needs to get involved. :)

And that deal worked out very well for me, because this particular person covers all of my weaknesses perfectly. Together, we are the yin and the yang of our topic matter.

One Simple Change in My Thinking Changed My Fortunes

There is just one thing that actually changed in my thinking to elevate me from an awesome year last year, to what may end up being double that this year.

And that one thing that changed my fortunes?

The one thing that changed my fortune is when I realized that I did not have to do everything myself.

With over 1350 copies out the door, many people have given the product outstanding reviews. And many of those folks have found the accompanying FaceBook group to be almost more valuable than the original training guide.

"Creating and Developing Your Characters"

Creating a character isn't difficult - but making them believable is. Fortunately, there are a few questions you can ask and answer to yourself that will make your characters memorable and credible.

Ask yourself what your character(s) want. Every character is motivated by something - be it fear, desire, money, etc. - and you need to determine whether or not your character gets what he/she/it wants by the end of the story. If you want the character to get their objective, your story should reveal how the character went about getting what they wanted (highlighting the internal and external struggles that particular character had to endure is a good way to do this). You need to use examples to show the shift in your character's paradigm.

Another question you must mull over when creating characters is this: Will your character(s) have to change part of their personality to achieve their aim? If so, account for that in your writing - maybe a character that was very honest has to compromise their morals and start lying, for instance. Or perhaps you will want your character(s) to fall short of their desires; if so, throughout your story you need to offer the reader glimpses into how their shortcomings changes their outlook.

Characters, like people, are not stagnant. The most interesting characters change. They show some kind of personal progression or "fall from grace". They are never the exact same character the reader became acquainted with at the start of the book.

Take some time to clearly plan your character's motivations and outcomes, and you will create authentic unforgettable characters with greater ease. 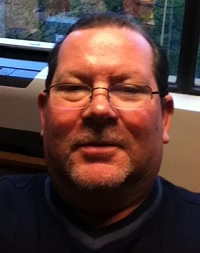 Do you have a question that you want James to answer?
Click here to submit it!